Since the start of the revolution in Iran, the Kurdish slogan “Women, Life, Freedom” can be heard, recalling years of repression, resistance and the fight for freedom.

In Happy Birthday, a performance by Sahar Rezaei, the director is alone on the stage. With the appearance of the audience, everything that is on the stage becomes an image: even the character standing on the stage, waiting for the audience, becomes part of this framed picture. For existential reasons, the performer asks herself what this picture is and remembers experiences that she had with pictures in her life. Through her personal story, which in the end doesn't seem so personal anymore, we witness a journey through the last thirty years: from Tehran via Prague to Frankfurt. We accompany the character on stage in her search for liberation from the frames.

The theatre performance Happy Birthday is dedicated to the fine ghosts, that were, are or will be. Happy birthday to the ghosts which make (hi)story more beautiful and whose pictures cannot be found in any archive. 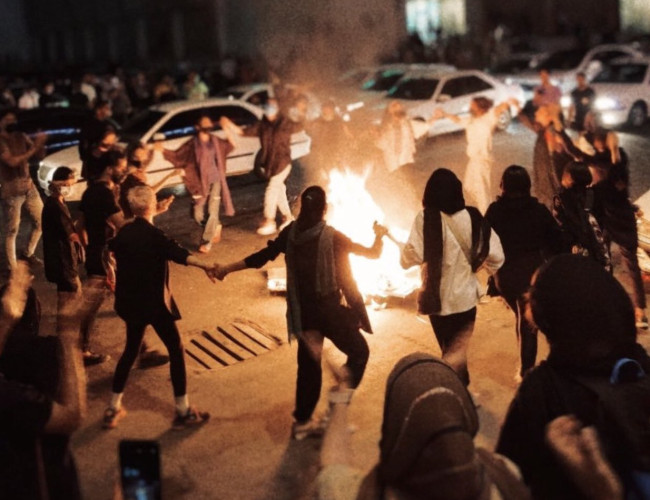 We kindly ask you to wear a medical face mask in the building, in order to protect yourself and others. Please inform yourself of the current Covid19 rules and regulations. Thank you.